Book Your Pirates Caves Grand Cayman Tours Now – SAVE and Avoid the Crowds!

Pirate’s Caves pet cockatoo lives right in the sand-floor gift shop and this bird really knows how to great you! Once you introduced yourself, he will stop shouting and started making some low cooing sounds, much like a cat purring. You will become instant friends if you scratch him under his wing and on the back of his neck. As soon as you start petting him he raises his wing so you can scratch there, just like a dog rolling over to let you rub his tummy. It was funny and heart warming at the same time.

There are several different kinds of birds right in the gift shop, including a rare breed of Cayman Parakeets. There are exotic birds everywhere and they are bringing in more each day. Many of the birds and other wildlife are bread in safe captivity and then released into the wild once they reach maturity.

Their gift store has a large selection of pirate paraphernalia, island crafts and cold sodas. You will love the natural indoor sand floor! Along the way, you will encounter many ancient pirate’s artifacts and even an authentic hand carved wooden boat.

They have a pair of extremely rare Asian silky chickens, usually found guarding their eggs. All of the plants and animals are labeled and you can request a guided tour, which is recommended. There are so many things to see you will probably miss a lot if you don’t have someone there to point everything out for you.

You will find over 30 breeds of exotic birds and reptiles, including geese and fresh water turtles. Cayman roosters are running around wild, as well as two species of white doves. The Pirates Caves petting zoo area provides wonderful photo opportunities.

Pirates Caves have an authentic old Cayman style house – over 100 years old where you can go inside and see the meticulous detail.

You will see many green iguanas and Cayman’s signature blue iguana. Once they reach maturity, they are taken to a remote area in East End, away from any traffic or people and set free.

There are colorful flowers blooming everywhere, which brighten up the journey and create a magnificent backdrop to all of your photos.

They recently made their goat habitat much larger and now they have a lot of room for their family of goats to climb and roam around. There are three in total – a mother, father and baby goat. The young goat loves to climb and jump from one side of the habitat to the other, creating the opportunity for a ‘flying’ goat photograph, if you are lucky and time it just right.

The fresh water turtles inhabit several of the many natural underground springs, which are abundant at Pirate’s Caves. They have dozens of fresh water spotted stingrays living in a large tank, adorned with beautiful murals. They average 5-6 inches in size and are extremely amusing to watch. They dart around back and forth across the sand, interacting with one another. A central waterfall adds to the animation. filled with ripples.

Well manicured trails meander through acres of this natural wilderness. Along the way you will encounter a wide and diverse assortment of plants, flowers and trees. Everything is labeled so you are able to easily identify all the fascinating things you see along the way. There are several shaded seating areas where you can stop and take a break, have a cool drink, change camera lenses for that next great photo or just sit back and absorb nature’s beauty. The sounds of nature provide the perfect backdrop throughout this entire whimsical journey.

They have a friendly resident burrow that just can’t seem to get enough attention. As soon as you get within a few yards he’ll start honking for you to come over and pet him. He loves being scratched behind the ears.

The caves themselves are made of beautiful natural rock formations comprised of myriad elements, including Caymanite. There are a few artificial props such as gold bars, treasure chests and coins throughout the caves to add more reality to the legend of the pirates. Of course the gold in the foreground is not real but it makes for a fun prop to help spark your imagination as you drift back in time to when the actual pirates were right there in the caves, hiding their treasures. These are real natural caves where pirates actually did once come to bury their treasures. With the storm of 2004, many new caves were uncovered, leading to the discovery of many new underground chambers, which are waiting to be explored. They are undergoing major expansion into areas deep underground.

Besides being a fascinating kiddy attraction, this will have appeal for serious cave explorers who will be able to venture deep into the caves; in some cases, into areas that have never before been seen.

Pirate’s Caves underwent a massive rennovation in 2005 and is now one if the island’s top attractions for children and nature enthusiasts. For the price of a beer you can explore this expansive and diverse nature park and immense yourself in nature’s beauty. By combining a nature park, petting zoo, botanic park and aquatic park with the adventure of cave exploration, they have created a diverse attraction, which will appeal to everyone. They are continuing to grow and expand, as they add new features and more animals.

Pirate’s Caves is a wonderful addition to Grand Cayman’s East End attractions, which provide even greater incentive to explore the more quiet and pristine areas of Grand Cayman.

Bodden Town, the original capital of the Cayman Islands paints a colorful depiction of a more traditional period. Two service stations and public beaches make it a popular stopover during a journey across the island. Home to Pirate’s Caves, don’t miss the unique opportunity to explore real underground caves where some of history’s most notorious pirates hid their treasure! Experience Grand Cayman’s most dramatic underground geological formations.

Take the self-guided walking tour through beautiful tropical gardens and mini-zoo, featuring indigenous flora and fauna. No special equipment is necessary to tour the caves and they are accessible to people of all ages. Inside, experience the beauty of subterranean Caymanite formations and authentic pirate artifacts. When pirates lived, the caves extended underneath Bodden Town with openings out to the sea. There are good reasons to believe that pirate’s treasure still lies buried in the caves!

Due to many storms over the years, the openings out to the sea have been buried and the locations of treasure troves have been entombed. The location of the treasure remains a mystery. Before leaving the gift shop has the island’s largest selection of pirate souvenirs. Don’t forget to visit the actual pirate’s graves in the cemetery across the street. Treat your family to an afternoon of fun and adventure at Pirate’s Caves; this will surely be one of the highlights of your vacation. 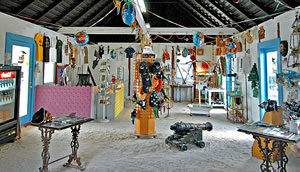 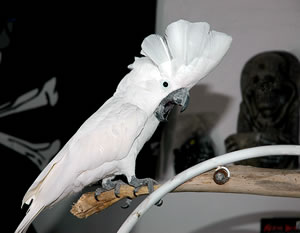 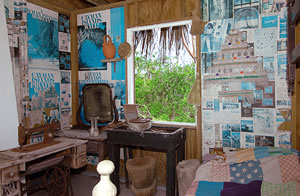 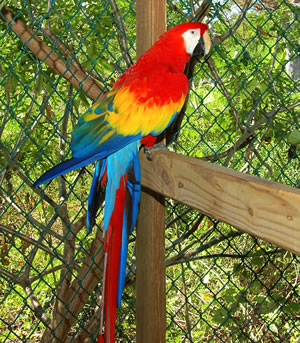 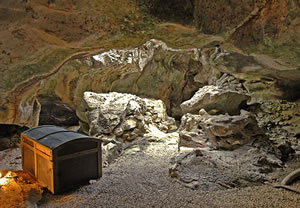 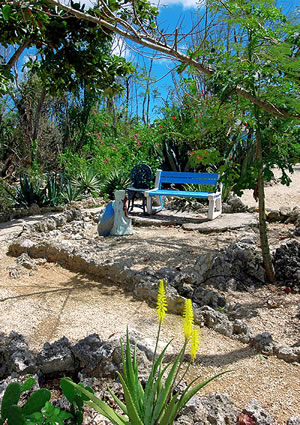 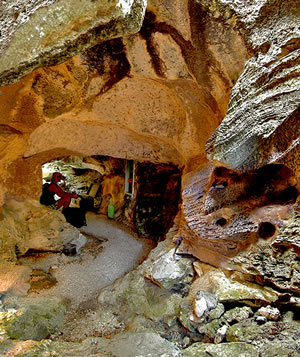 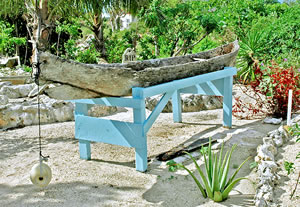 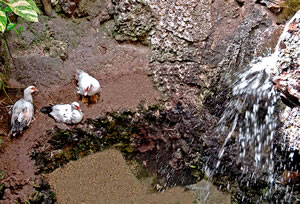