Pedro St. James Castle is a portal through over two centuries of Grand Cayman history and culture. Recent additions include a high tech 3-D multi sensory theater experience creating a thrilling dichotomy of the Cayman Islands past and future, as seen through the eyes of people and ancestors of many generations. 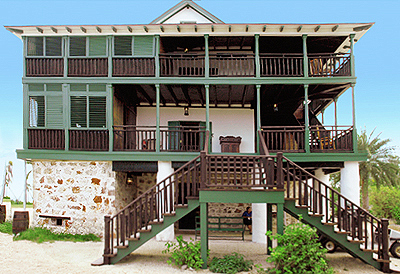 History of Pedro’s Castle is by far one of the more impressive stories to be told in the Cayman Islands. Grand Cayman’s Pedro’s Castle soars three stories with 18 inch thick stone walls. So large that the Great House at Pedro Point dwarfed the surrounding single-level “wattle-and-daub” dwellings that were its neighbors in 1780. The massive size of Pedro’s Castle was accentuated by sweeping verandahs, large shuttered windows, and English slate adorning its roof and floors.

The elaborate construction made Grand Caymans Pedros Castle the Cayman Islands answer to a European castle and the term Pedro “Castle” is used by local residents to this day, despite many larger dwellings now in existence. However in the late 18th century, the population of the Cayman Islands was all of about 500 people with Grand Cayman comprising little more than an undeveloped fishing village. Using slave labor, an Englishman by the name of William Eden built the expansive Pedro’s Castle Great House and farmed the adjoining land as a plantation.

At a time when when most people in the Cayman Islands lived in tiny thatch-covered houses, an astonishing 3-storey building was certainly looked upon as a castle, hence the original coining of the term, Pedro St. James "Castle".

Since Pedro St. James construction in the Cayman Islands more than two centuries ago, Pedro St. James has been put to a variety of uses, including a courthouse, jail, Government Assembly and restaurant. Surviving hurricanes, fires, vandalism, and rumors of being jinxed or haunted, it stands to this day. In its restored state, Caymans Pedro’s Castle is an expansive monument to the Cayman Islands heritage.

Often termed "The Birthplace of Democracy in the Cayman Islands”, Pedro St. James was the venue for a meeting on December fifth, 1831 where the decision was made to form the Cayman Islands first elected parliament. Later, on 3 May 1835, Robert Thompson—dispatched from the Governor of Jamaica, held court at Pedro St. James and issued the proclamation that forever ended slave labor in the British Empire.

During the ensuing years, Pedro’s Castle has been buffeted by hurricanes; struck by lightening; and engulfed in an extensive fire. Pedro St. James Castle was abandoned by the Eden family in 1877 after lightening struck the main building and took the life of the daughter of the house, Mary Jane. Unused, Pedro’s Castle gradually fell into decay, and by 1910 it was reported that only the original stone walls remained.

The building was renovated by the Hurlston family in 1914, only to be abandoned again in 1920. In 1959, a portion of the property was purchased by Thomas Hubbell who renovated Pedro St. James Castle and occupied the residence until 1963.

Pedros Castle functioned as a restaurant and hotel from 1967 until yet again it fell victim to severe fire in 1970. It was repaired and again operated as a restaurant from 1974 until the late 1980s when it was damaged by a hurricane and yet another fire.

In 1989, the restaurant operation declared bankruptcy and Pedro’s Castle again sat vacant. Finally, in 1991, the castle and land was purchased by the Cayman Islands government for development as an historic site; the Canadian firm of Commonwealth Historic Resource Management Limited was retained to develop a restoration and interpretation plan for the site. The ensuing work concluded in 1996 to the tune of $8 million and produced the historic site that today stands high among the trees.

The historical significance of the events of the 18th and 19th centuries attract many visitors to Pedros Castle but destiny-shaping history does not reside exclusively in the recesses of the distant past.

On September 12th, 2004, Hurricane Ivan—a category 5 hurricane, struck the Cayman Islands, causing horrific devastation throughout the Cayman Islands including Pedro St. James. The Great House, Theatre, Cafe, and vegetation were extensively damaged during Hurricane Ivan and the cost to repair Pedro St. James Castle was estimated at CI$1.4 Million (approximately US$1.8 million). So once again, restoration took place and was completed in May of 2006, when it once again reopened for visitors.

Mr. Gilbert Connolly, CEO of the Tourism Attraction Board which oversees the management of Pedro St. James Castle created the Hurricane Ivan Memorial. The monument reflects an enigmatic expression of the symbolism and resolve of the Caymanian people and the timing of the significant

events occurring at Pedro’s Castle. This circular memorial was constructed using local stones and tamarind tree trunks to visually demonstrate their significance. Now you can experience the Hurricane Ivan Memorial as a modern monument to the forces of Nature that continue to shape the history of the Cayman Islands. The Memorial continues Cayman’s tradition of preserving its history on this site by chronicling the tragic circumstances of that historic storm and transforming products of its destruction into symbols of hope for future generations. The tale is inscribed into the monument and there are always a few guides or old timers around the castle who will be more than happy to explain it to you in greater detail.

The new theater at Pedro’s Castle was a tremendously impressive addition to the castle following the restoration in the wake of Hurricane Ivan. At Pedro St. James Castle extraordinary multifaceted theater, you will actually feel the fury of nature’s tempests as a storm manifests itself around you. So real are the effects you will feel as though you are actually touching the authentic artifacts and tools that permitted past generations to survive in an untamed land bordered by restless seas. You will feel the pain as you witness the hardships of early settlers, the danger of marauders; the lives of the slaves who built and maintained the property, and the vision of the Caymanians of 1831 who introduced democracy to the Cayman Islands.

Café Pedro serves up its prize-winning Turtle Stew every Friday, but the same devotion to taste and quality go into every dish served at this seaside dining establishment. With sweeping views overlooking the Caribbean Sea, Café Pedro offers a dining experience unlike anything else. At Cafe Pedro, you will experience award-winning local cuisine by the sea. Specializing in authentic Caymanian delicacies as Turtle Stew, Cayman-style Beef, and Cassava Cake, it is clear why the chefs at Café Pedro were the proud winners of the 2006 Taste of Cayman Cook-Off for the best Traditional Caymanian Dish!

Pedros Castle is perfect for group events and weddings. With highly experienced wedding planners on staff, they can help you plan the perfect wedding to suit your individual tastes and budgets.

Located in the eastern district of Savannah only 20 minutes east of George Town, denoted as a star attraction on our Grand Cayman Map 1. Turn onto Pedro Castle Road at the roundabout next to the Countryside Village shopping center. Use our Go East tour to incorporate Pedro’s Castle into your itinerary in the most efficient manner.

Fast Facts – What You Will See: • Walk inside the interior of the many rooms • 18th century Great House window into times past • Gorgeous seven acre estate and gardens by the sea • Guided personal tour • The oldest surviving stone structure in the Cayman Islands • Palladian staircase • The rooms where the Eden family entertained judges and held court • Massive slate roof and rambling mahogany verandahs • The room where slavery was abolished • Monument to survival • Amazing 3D theater experience • Many other culturally significant structures and informational reads 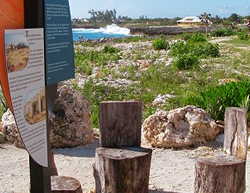 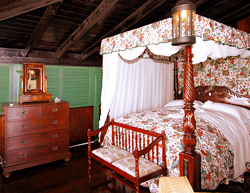 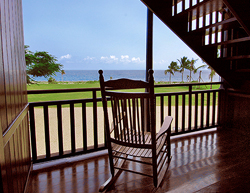 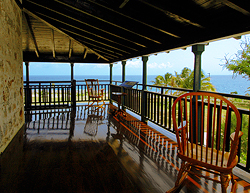 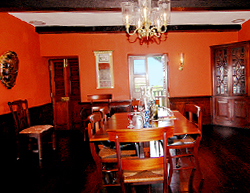 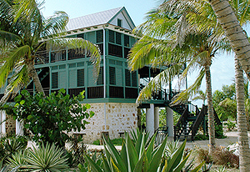 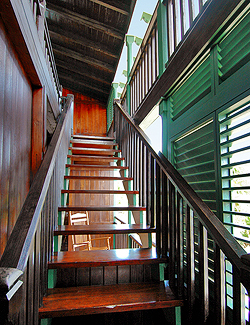 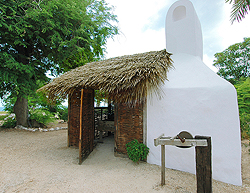 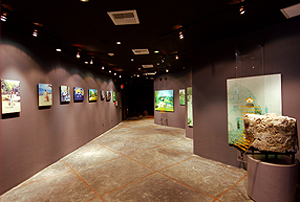 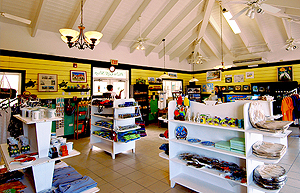 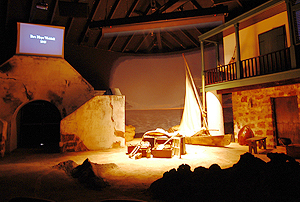 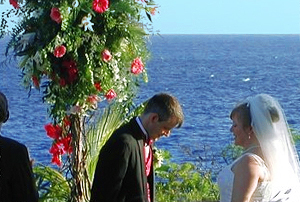